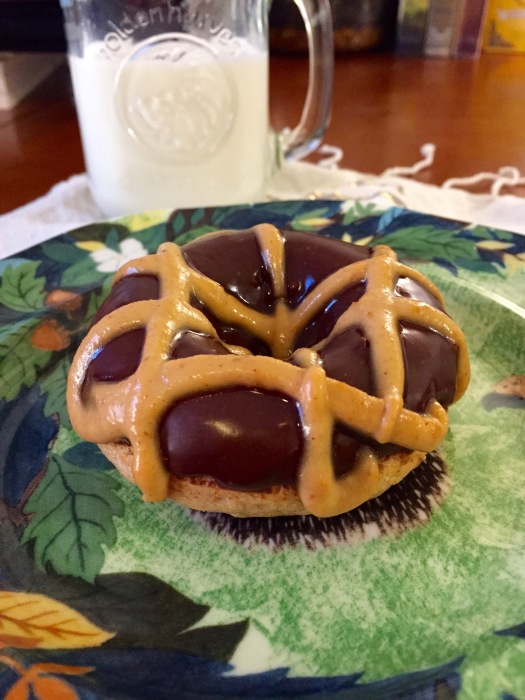 Ahh spring is finally in the air which also means finals are upon us. For any functional college student, that generally means lots and lots of coffee. And you know what goes wonderfully with coffee? Donuts. 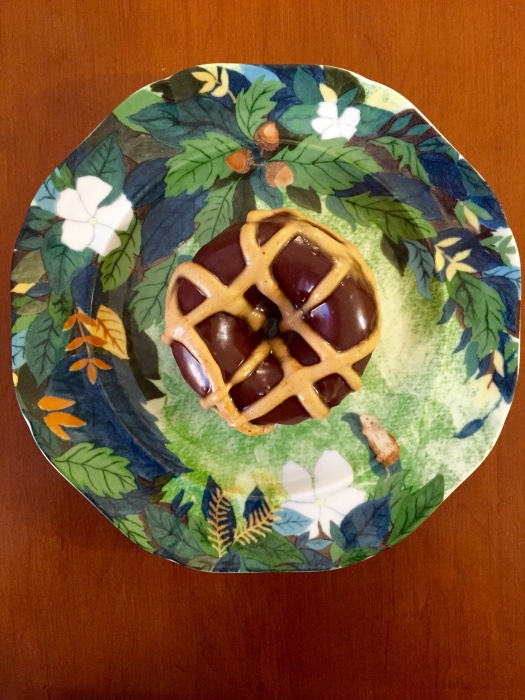 Since 24/7 hour coffee shops unfortunately are not a thing, that means that when a tired and hungry college student (me) craves both coffee and a donut at 2 am while studying in the lib, I’m out of luck. The most logical solution to this dilemma, of course, was to go home and bake donuts. (Procrastination is a wonderful thing during finals week.)

Because I had a bunch of perfectly ripe bananas, I decided to put them to use and make a banana donut. Since I also decided to bake the donuts instead of frying them, it justified making and eating donuts at obscene hours in the early morning.

After whipping up the batter and throwing them into the oven for a quick 8 minutes, the donuts smelled wonderful, but they looked too plain. Plain and boring donuts are no fun, so I decided to make a chocolate glaze to dunk the tops in. One food of my childhood consisted of peanut butter, Nutella, and banana sandwiches, which naturally led me to melt peanut butter and drizzle it over the tops of the donuts in order to recreate my sandwich memories in donut form, which I certainly did not regret doing. They are perfectly moist and the glaze compliments them perfectly. Whether you make these at 2 am or 2 pm, these donuts are perfect for any time of day. 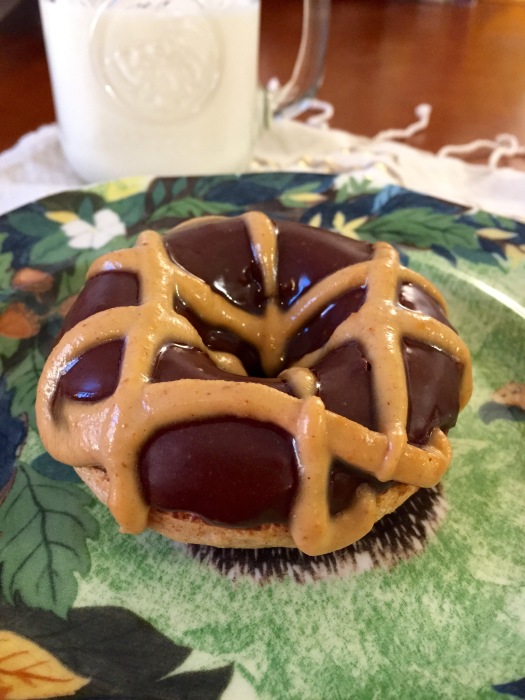 For the chocolate glaze:

Preheat the oven to 325 F. Grease a standard donut pan with six wells (you also could use a mini donut pan.)

In a large bowl, mix together the flour, sugar, baking powder, cinnamon, and salt. Make a well in the center of the mixture and add the buttermilk, mashed banana, egg, vanilla, and oil. Mix just until combined.

Spoon the batter into the donut pan, dividing it equally among the six wells. Each one should be about halfway full.

Bake 8-10 minutes or until donuts spring back when lightly pushed. Let cool five minutes and then remove from pan and let cool completely on a wire rack.

Mix all of the ingredients in a small bowl. Dunk the tops of the cooled donuts into the glaze and then place back on the rack, glaze side up.

Place the melted peanut butter in a Ziploc bag, seal it, and snip a small corner off with scissors. Drizzle the peanut butter over the tops of the donuts. Let set about ten minutes before eating.